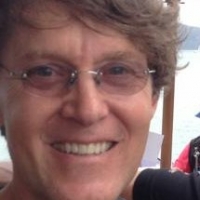 Prior to making films, he founded and was Executive Director of the national environmental group Bluewater Network for ten years, and was responsible for numerous state and federal laws including the United States’ ﬁrst law to reduce greenhouse gas emissions. He has written opinion editorials on environmental issues for major media outlets such as the New York Times, the L.A. Times, and the Boston Globe. Earlier in his career, he was a professional sailor and America’s Cup Skipper. He received his BA from Harvard’s School of Visual Arts, MBA from Columbia, Ph.D. from the California Institute of Integral Studies, and attended Columbia’s Graduate Film program. He serves on the Board of the environmental group, Friends of the Earth.